This is the first of two MAN Podcast episodes spotlighting artists in “Soundtracks,” a new exhibition at the San Francisco Museum of Modern Art that examines the role of sound in art. The show, which was curated by Rudolf Frieling and Tanya Zimbardo, will remain on view through January 1, 2018. It features nearly three dozen artworks that are or include sound. SFMOMA has built out an extensive digital infrastructure for the show, including an exhibition guide, a catalogue, and interviews with artists such as Jacqueline Kiyomi Gordon, Christina Kubisch, Rafael Lozano-Hemmer, and Richard T. Walker.

Christina Kubisch is a Berlin-area-based composer and artist who works with electromagnetic induction, making both walks for which listeners/viewers wear a special set of headphones and move through a city to hear sounds to which Kubitsch has guided them on a map, and sound sculptures that feature sound related to their physical presence. Kubisch has created dozens of electrical walks all over the world, has been featured in the Venice Biennale, Documenta and in scores of group and solo shows. 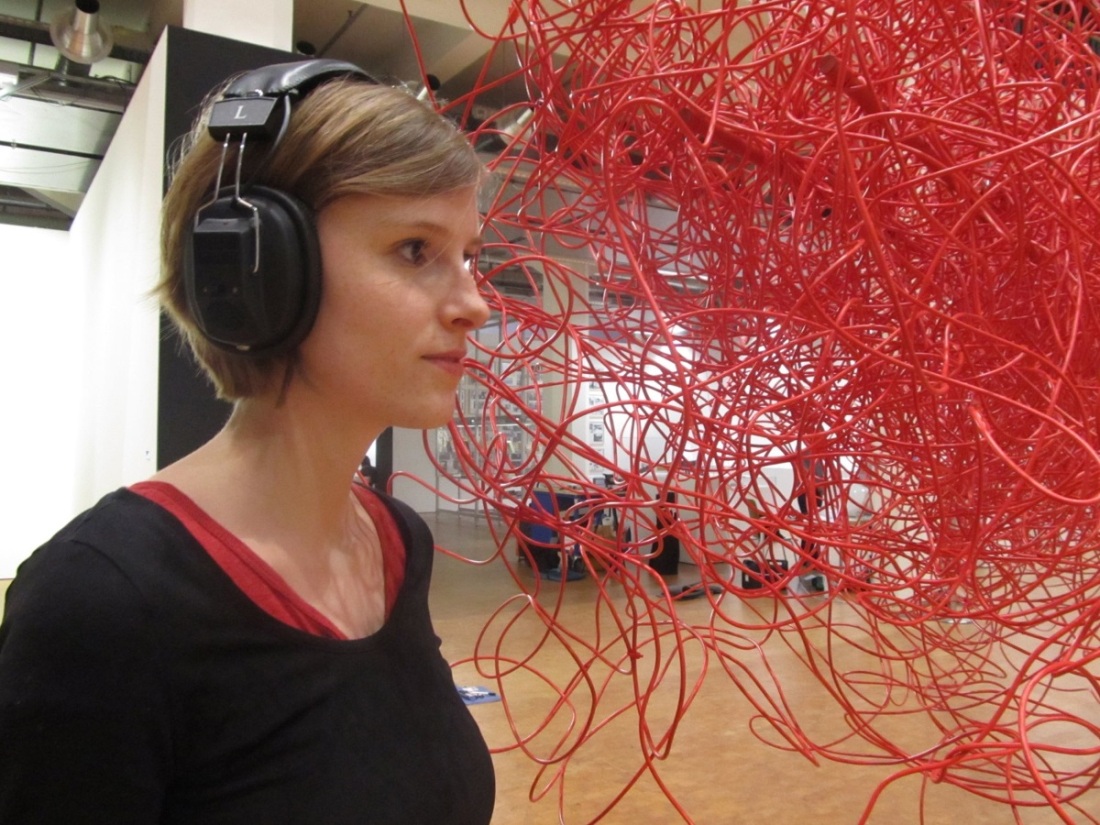 One thought on “No. 298: “Soundtracks” at SFMOMA: Bill Fontana, Christina Kubisch”