Episode No. 173 of The Modern Art Notes Podcast features artist Mel Chin. It was taped in front of a studio audience at the Blaffer Art Museum at the University of Houston.

The Blaffer is collaborating with three other Houston museums — the Contemporary Arts Museum Houston, Asia Society Texas Center and the Station Museum of Contemporary Art — to host “Mel Chin: Rematch,” a retrospective of Chin’s career. The show will be on view through March 21 at the Blaffer, through April 19 at CAMH and Asia Society Texas Center, and through May 1 at the Station. The show was curated by Miranda Lash and organized by the New Orleans Museum of Art. The show’s excellent catalogue was published by Hatje Cantz.

Mel Chin is one of the pioneers of what is now commonly called social practice, the engagement of a community in the activation of an artwork. For four decades Chin has been making both objects and activating ideas that encourage examination of and engagement with social issues such as the impact lead in the soil of urban areas and violence.

Chin has been the subject of solo exhibitions at numerous museums, including at the Hirshhorn, the Walker Art Center, and at The Menil Collection. He is currently the Mel King Community Fellow at MIT’s CoLab. 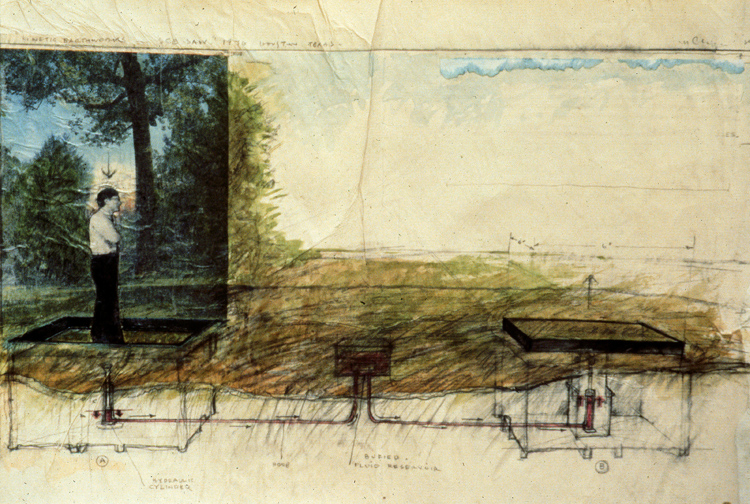 Multiple images of Chin’s Hirshhorn project: “Operation of the Sun through the Cult of the Hand” (1987).