Sciacca is the curator of “Florence at the Dawn of the Renaissance: Painting and Illumination, 1300-1350,” which is on view at the Getty through Feb. 10. It opens at the Art Gallery of Ontario on March 16.

The exhibition argues for the existence of a link between manuscript painting and panel painting, two practices that scholars have long considered as unrelated disciplines. It also argues for a significant re-evaluation of Pacino di Bonaguida, a little-studied near-contemporary of Giotto. (Giotto is represented in the exhibition with an astonishing seven paintings.) Sciacca also edited the exhibition’s terrific, richly illustrated and readable catalogue. The exhibition was included on MAN’s 2012 top ten list. The Getty’s Iris blog has a super lineup of posts on the show.

On the second segment, art historian Petra Giloy-Hirtz discusses her new monograph of Hassel Smith. The book includes contributions from Paul J. Karlstrom, Susan Landauer, Robert C. Morgan, Peter Selz and Allan Temko. The book features paintings Smith made over 60 years and places him and his work in the context of his politics and the artists of his time, including Clyfford Still, David Park and the New York abstract expressionists. 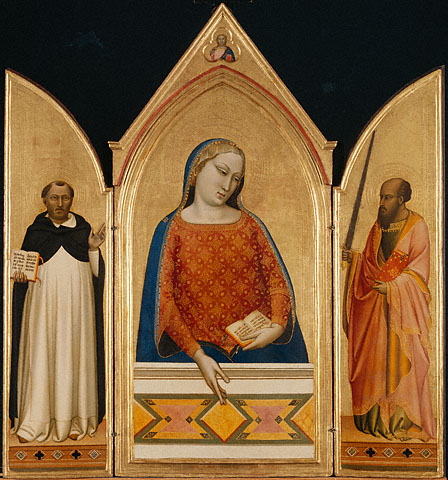 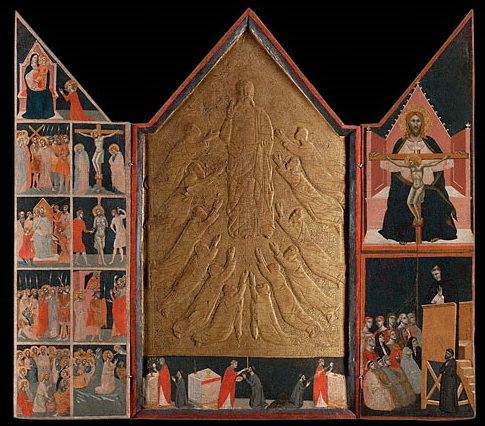 Giotto, Madonna and Child, 1320-1330. Collection of the National Gallery of Art, Washington.

Pacino di Bonaguida, Appeal of Prato to Robert of Anjou, about 1335-1340. Collection of The British Library, London.

Pacino di Bonaguido, The Ascent of the Cross. Collection of The Morgan Library & Museum, New York.

Giotto, Christ Blessing with Saint John the Evangelist, the Virgin Mary, Saint John the Baptist, and Saint Francis (Peruzzi Altarpiece), about 1310–1315. Collection of the North Carolina Museum of Art, Raleigh. 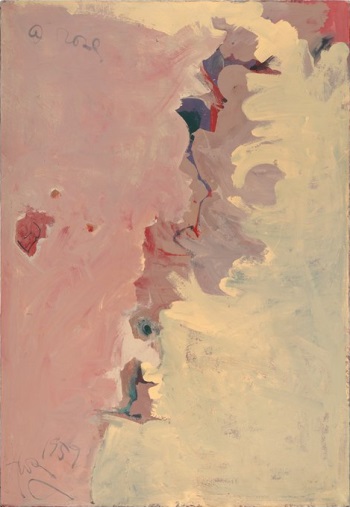 Hassel Smith, A Rose, 1959. Collection of the San Francisco Museum of Modern Art. 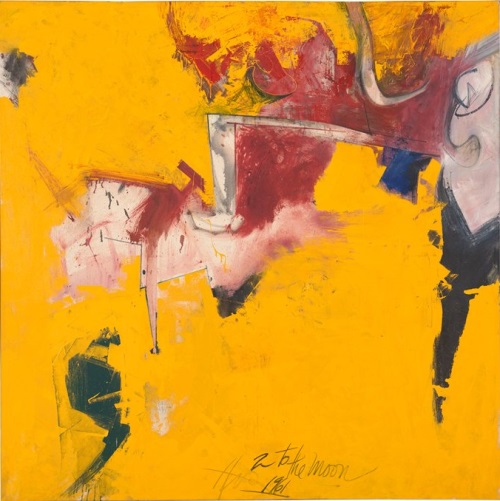 Hassel Smith, 2 the Moon, 1961. Collection of the San Francisco Museum of Modern Art. 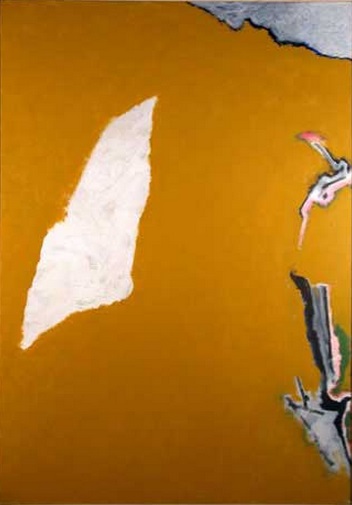