Along with Austen Barron Bailly, Turner is the co-curator of “Jacob Lawrence: The American Struggle.” The exhibition, which is at the Peabody Essex Museum in Salem, Massachusetts through April 26, presents Lawrence’s 1954-56 “Struggle: From the History of the American People.” The series presents a revisionist and pictorial history of the first five decades of the American republic, or what Lawrence called “the struggles of a people to create a nation and their attempt to build a democracy.” The PEM exhibition marks the first time in more than 60 years that the paintings have been together. The excellent catalogue was published by University of Washington Press. Amazon offers it for $30.

Collins’s discourse with Lawrence’s series is a multi-disciplinary installation built around America: A Hymnal, Collins’s 2017 artist’s book featuring 100 versions of the song “My Country ‘Tis of Thee.” In the book, the song’s ever-changing lyrics remain legible, while the tune that (ostensibly) unifies the song has been nearly burned away, giving way to scorch marks and other residue. Collins’s installation includes artist-made wallpaper and a six-track audio recording of six different versions of the song.

On June 26 the Frist Art Museum in Nashville will present “Evensong,” an exhibition featuring Collins’s address of a related song, “The Star Spangled Banner.” 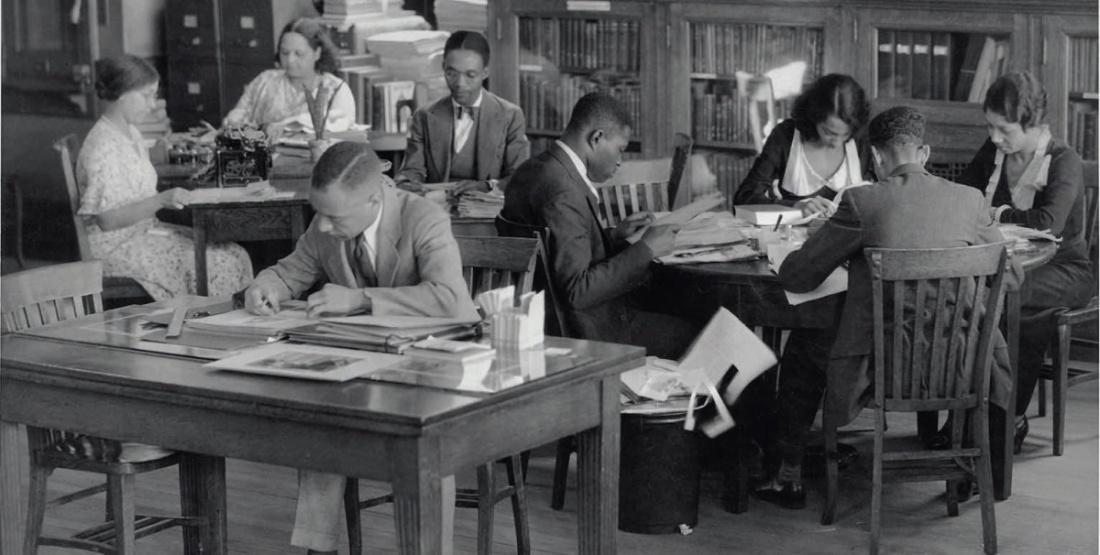 Researchers clipping articles at the 135th Street Branch of the NYPL, now the Schomburg Center for Research in Black Culture, 1938. 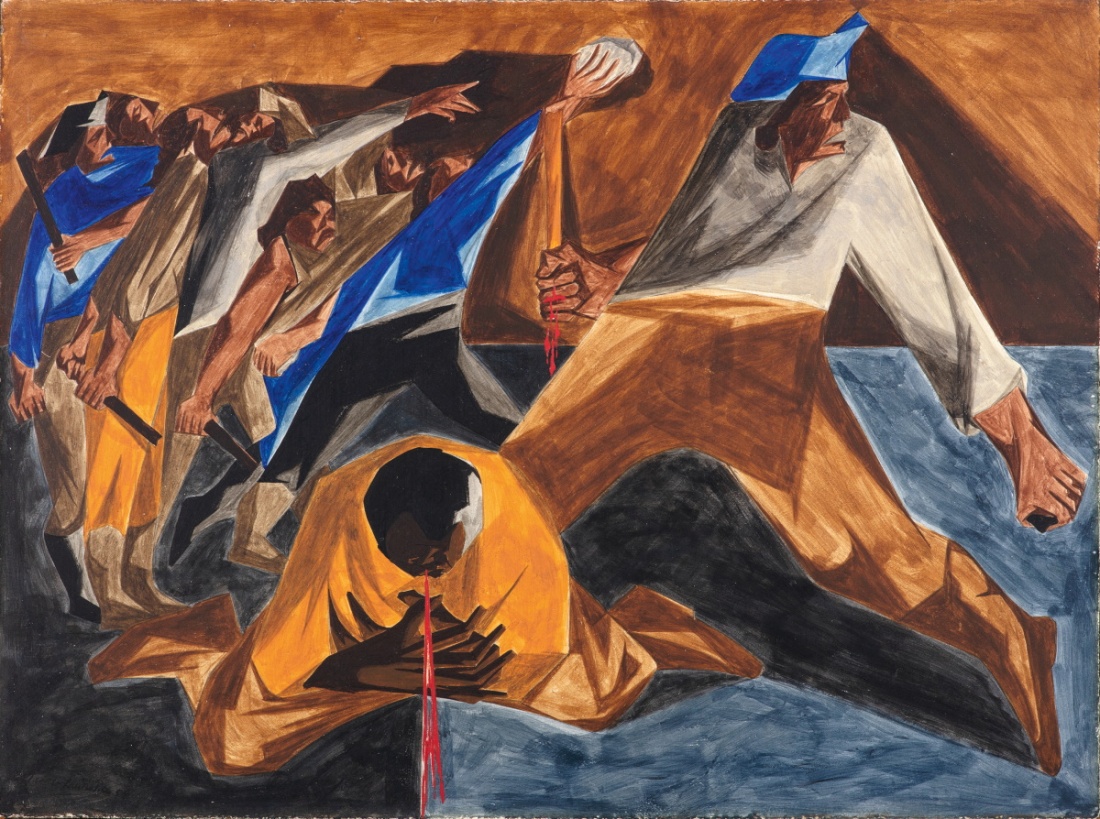 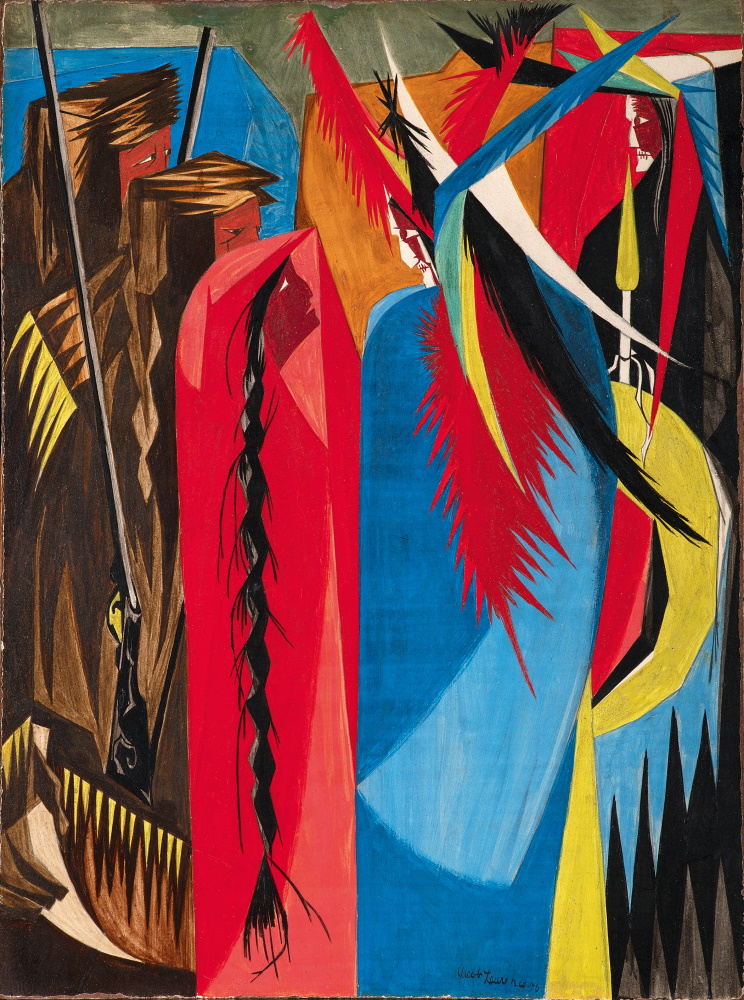 Jacob Lawrence, Panel 18, In all your intercourse with the natives, treat them in the most friendly and conciliatory manner which their own conduct will admit . . . — Jefferson to Lewis & Clark, 1803, 1956.

Jacob Lawrence, Panel 19, Thousands of American citizens have been torn from their country and from everything dear to them: they have been dragged on board ships of war of a foreign nation. — Madison, 1 June 1812, 1956.

Jacob Lawrence, Panel 4, I alarmed almost every house till I got to Lexington. — Paul Revere, 1954. 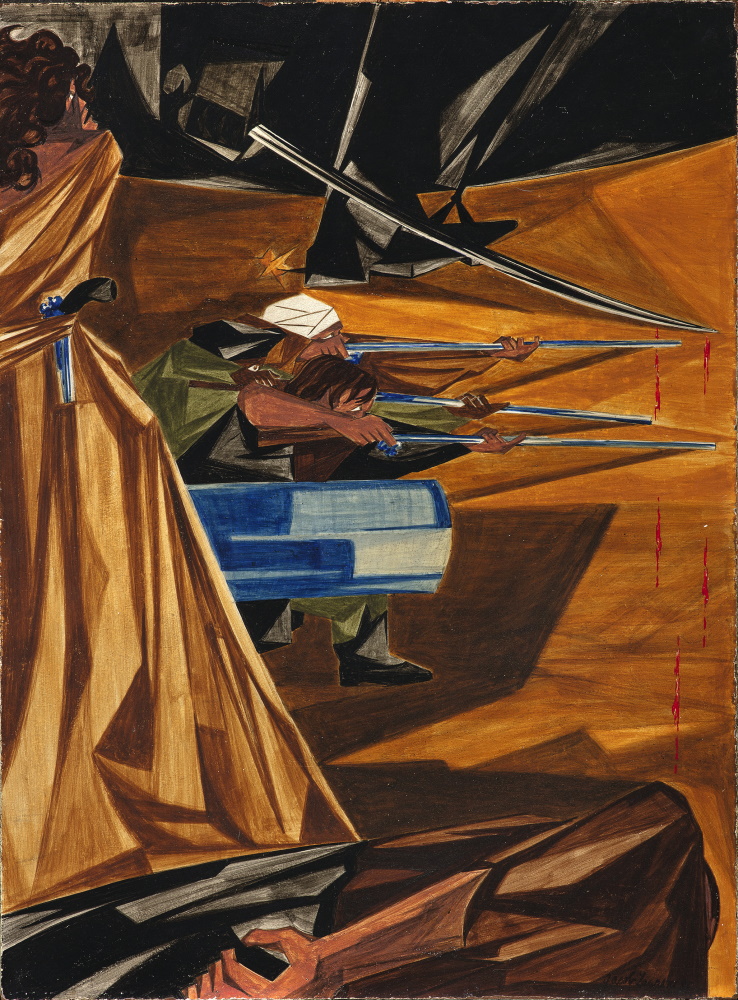 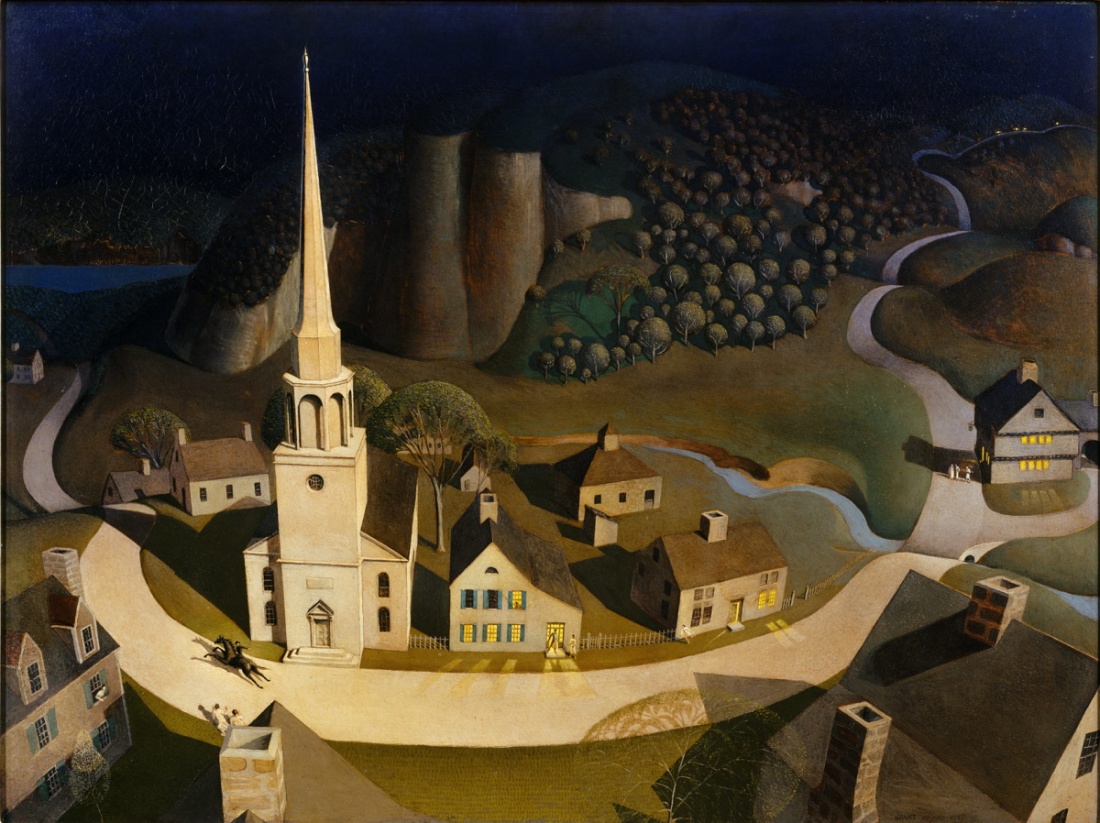 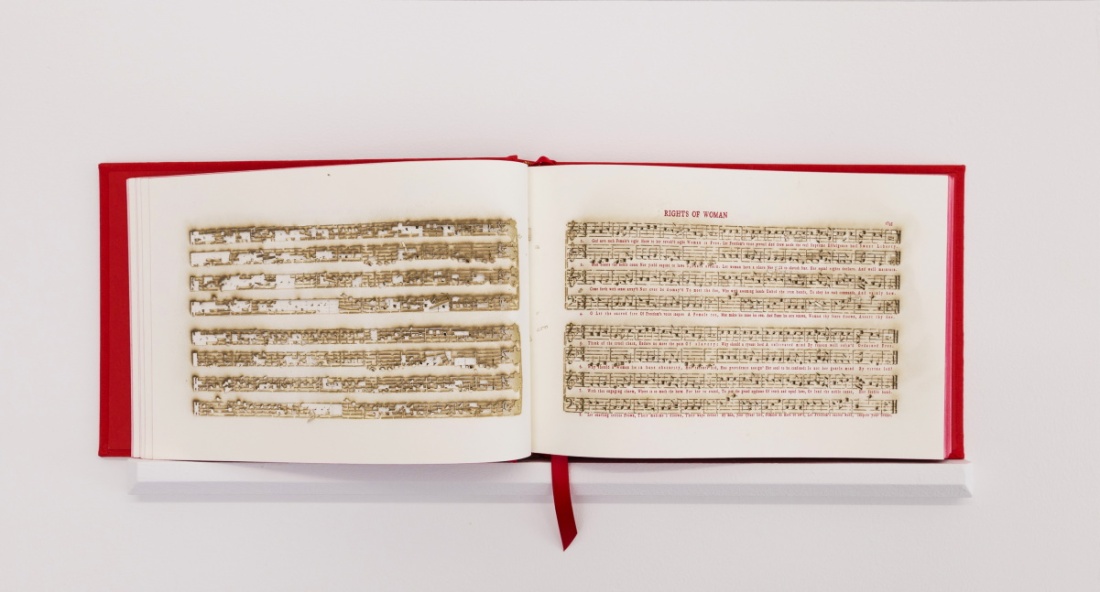