Episode No. 421 of The Modern Art Notes Podcast is a holiday weekend clips episode featuring the “Recording Artists” podcast series from the Getty, and artist Robert Pruitt.

The program first features a clip from the Betye Saar episode of the six-part “Recording Artists” podcast series recently released by the Getty. The series, which is hosted by art historian Helen Molesworth, builds on collections at the Getty Research Institute.

On the second segment, a re-air of host Tyler Green’s January conversation with Robert Pruitt. The Museum of Fine Arts, Boston is exhibiting three large-scale Pruitt works as the inauguration of its Banner Project. Pruitt’s work depicts members of the Boston community wearing and interacting with works from the MFA’s collection, including an ancient Egyptian beadnet dress, 20th-century Yoruba wrappers, and an American pictorial quilt by Harriet Powers. The exhibition will be on view through the end of 2020.

For images of artworks that Green and Pruitt discuss, please see Episode No. 376. 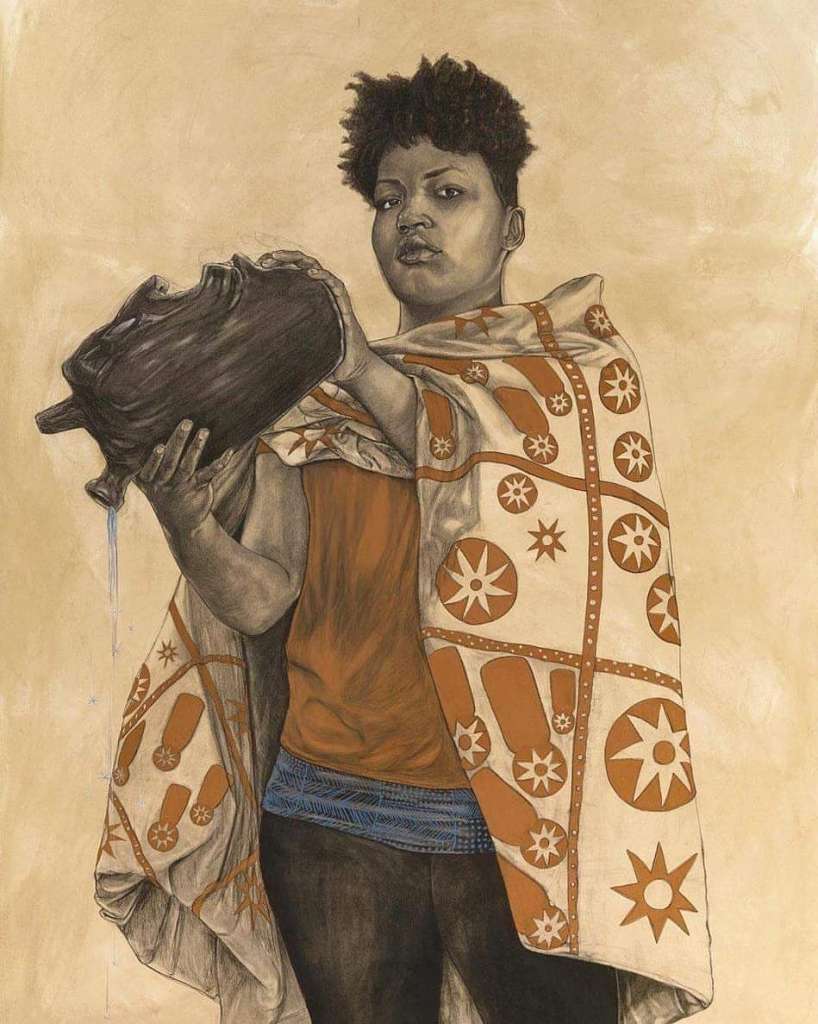