The San Francisco Museum of Modern Art and the Yerba Buena Center for the Arts are jointly presenting the retrospective “Suzanne Lacy: We are Here.” The exhibition explores Lacy’s roots in early conceptualism and her emergence as a pioneer of what has become known as social practice, the use of community organizing and media-focused strategies to prompt events and discussions. The exhibitions are on view in San Francisco through August 4.

Suzanne Lacy is best known for her ambitious Three Weeks in May (1977), a project that exposed the extent of reported rapes in Los Angeles. It was the first of Lacy’s large-scale works that addressed violence against women and that revealed Lacy’s strategies for melding art and organizing practices.

As one JPEG or still doesn’t always convey Lacy’s work, here are links to some of the works host Tyler Green and Lacy discuss on this week’s show:

On the second segment, a clip from Green’s 2013 conversation with painter Thomas Nozkowski, who died last week. He was 75. Nozkowski was a painter’s painter. He had over seventy solo shows around the world and his work is in almost every major museum collection you can think of, all to little fanfare. His last retrospective was a decade ago, at the National Gallery of Canada. 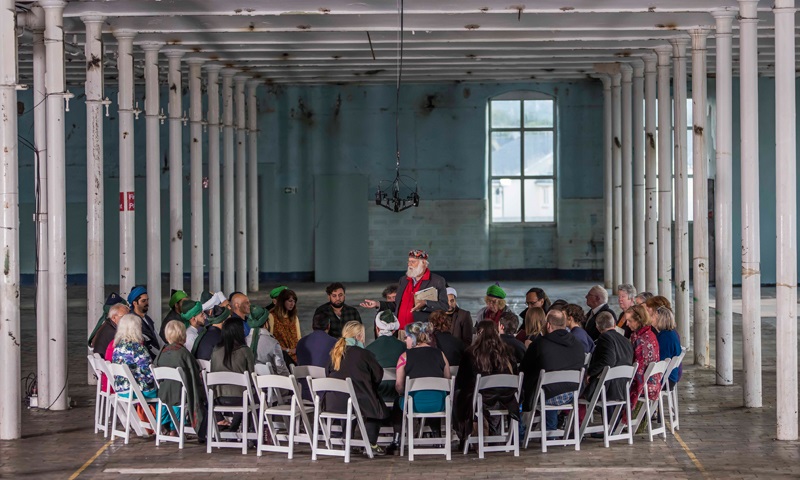 Suzanne Lacy, The Circle and the Square, 2017 (production still).