This episode was taped live at the Toledo Museum of Art on the occasion of the opening of “Color Ignited: Glass 1962-2012.” The exhibition celebrates the 50th anniversary of the Studio Glass movement and the TMA’s role in it. The show includes work by Wilson, Dan Flavin, Josiah McElheny and more. (Toledo has long been one of the world’s glass-manufacturing powerhouses.)

Wilson is best known for his works made not out of pigment-and-canvas or bronze, but with museum collections. His work with his materials raises questions about historical narratives we’ve been taught, narratives that are often re-inforced by collections and displays of cultural objects. This year marks the 20th anniversary of Wilson’s landmark “Mining the Museum” exhibition at the Maryland Historical Society, an exhibition that was organized by Lisa Corrin for Baltimore’s The Contemporary Museum kunsthalle. Wilson has exhibited widely across the United States and has represented the United States at the Cairo Biennial (1992) and at the Venice Biennale (2003).

One of the works Wilson exhibited in Venice in 2009 was Iago’s Mirror, which the TMA acquired last year. Wilson and host Tyler Green recorded this week’s show while sitting in front of it. 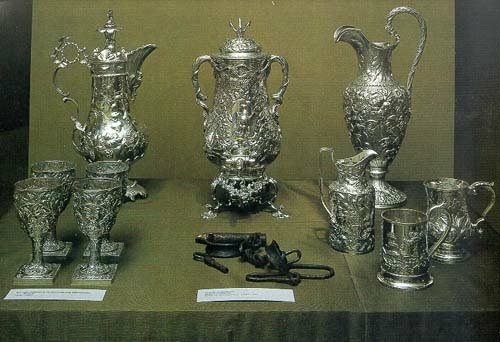 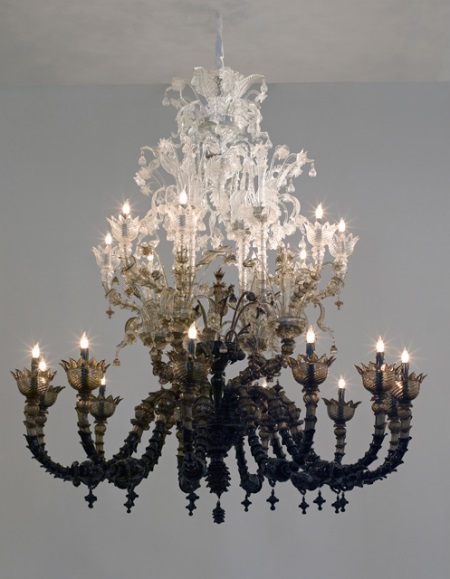 Fred Wilson, To Die Upon a Kiss, 2011. Collection of the Detroit Institute of Arts.