The program examines two exhibits of Italian art on view in the United States:  “Bernini: Sculpting in Clay” at the Kimbell Art Museum and “Piero della Francesca in America” at The Frick Collection. The first guest on the program is Kimbell curator of European art C.D. Dickerson III, who co-curated “Bernini” along with Frick director Ian Wardropper. Then “Piero” curator Nathaniel Silver joins me to discuss Piero. “Bernini” is at the Kimbell through April 14, while “Piero” is on view through May 19.

“Bernini” reveals how the artist developed his ideas in clay and on paper, ideas that resulted in some of the most dramatic statuary in Rome. It includes about 40 of Bernini’s terracotta sketch models together with about 30 drawings. Its rich catalogue was published by the Metropolitan Museum of Art and is distributed by Yale University Press. Silver’s show is the first monographic exhibition of Piero in the United States. It brings together seven works at the Frick (and an eighth, which is unable to travel, in the catalogue).

This week’s program will also feature a special bonus: An extended clip of Llyn Foulkes playing his Machine at the Hammer Museum on Feb. 26. The Hammer is featuring a retrospective of Foulkes’ workthrough May 19. The Machine is a Foulkes-created one-man apparatus featuring lots of horns, a water jug, cowbells, organ pipes and plenty more. You can view the entire performance — and it’s a blast — on the Hammer’s website. 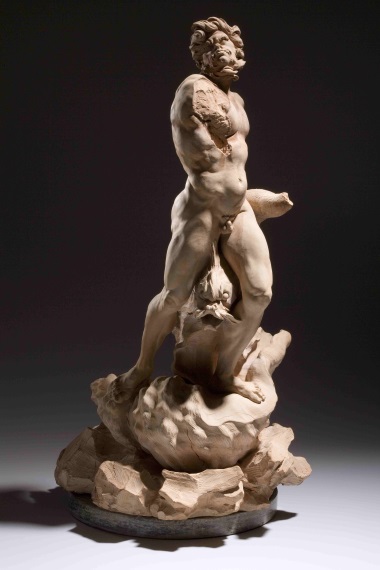 Gian Lorenzo Bernini, Model for the Fountain of the Moor, 1653. Collection of the Kimbell Art Museum, Fort Worth.

Gian Lorenzo Bernini, Angel with the Superscription, c. 1667–68. Collection of the Kimbell Art Museum, Fort Worth. 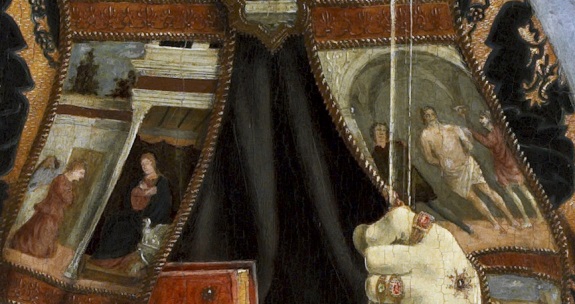 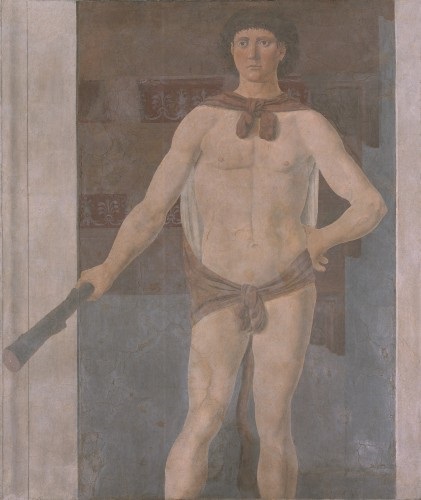 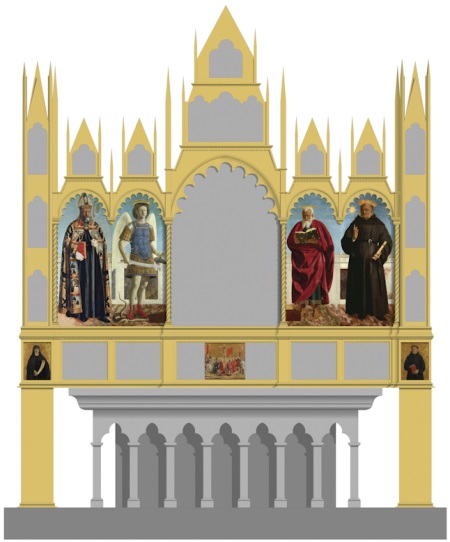 Hypothetical reconstruction of Piero’s altarpiece for the Church of Sant’Agostino, Borgo San Sepolcro, showing the position of seven of the altarpiece’s eight surviving panels. The eighth panel, Saint Apollonia, is not illustrated in this view as it was located on the side of the altarpiece.