Crewdson is the subject of a new documentary, “Gregory Crewdson: Brief Encounters.” The film documents the process and production Crewdson requires to make his work, especially his “Beneath the Roses” series of pictures, which were shot in Western Massachusetts. “Brief Encounters” was produced and directed by Ben Shapiro and is playing in selected cities. It’s playing at New York’s Lincoln Center, in Seattle and at several locations in south Florida. It opens in wider release throughout December and January.

Crewdson has been the subject of several traveling career-length surveys in Europe. In the United States both Hatje Cantz and Abrams have published major monographs of his work. His pictures are in the collections of many museums including the Metropolitan Museum of Art, the San Francisco Museum of Modern Art and the Museum of Modern Art.

On the second segment, The MAN Podcast continues its series on the Getty’s conservation of Jackson Pollock’s landmark 1943 painting Mural (at right, collection of the University of Iowa Museum of Art). This week Tom Learner, a Getty Conservation Institute senior scientist and the head of the GCI’s modern and contemporary art research initiative, tells us about the latest work on Mural and what scientists are beginning to discover about how Pollock made his breakthrough painting. 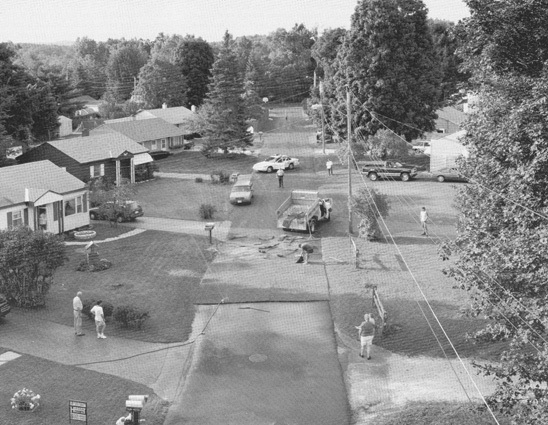 Gregory Crewdson, Untitled (Brief Encounter) from the series “Beneath the Roses,” 2006. 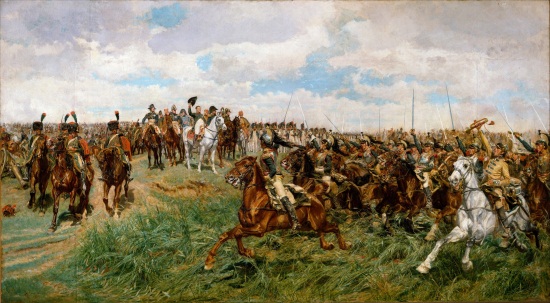 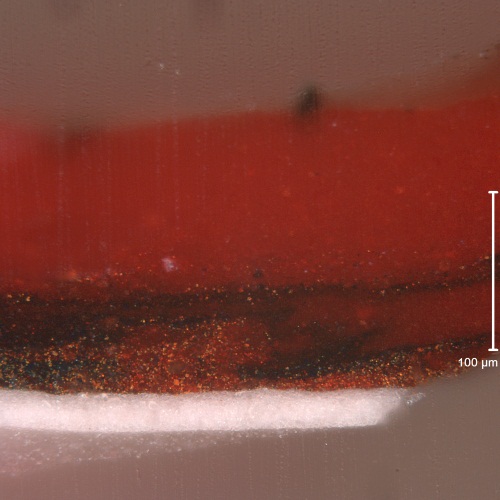 Jackson Pollock, Mural (detail), 1943. Paint sample via Getty Conservation Institute. Cross-section sample of crimsonpaint viewed under normal light. The twowhite ground layers (composed of zinc white and lead white respectively) can be seen at the base of the sample. The red paint is applied over a stroke of green-brown paint which must not have been dry when the red was applied: the two paints have comingled, wet-in-wet, to some degree. 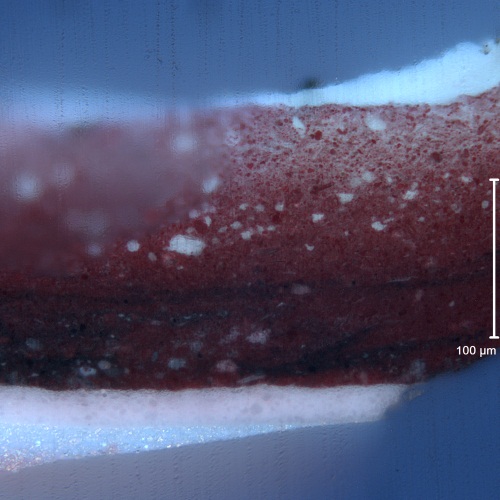 Jackson Pollock, Mural (detail), 1943. Paint sample via Getty Conservation Institute. Same sample as in previous image, as viewed under ultraviolet fluorescenceconditions, which reveals the zinc white ground, transparent colorless extender particles in the red, and (uppermost) a layer of varnish.