Episode No. 112 of The Modern Art Notes Podcast features clips of previous interviews with artists Dara Friedman and Kelly Richardson.

First up will be an April, 2013 conversation with Dara Friedman, taped when Friedman was showing “Dance” at the Hammer Museum. While that work was on view, Friedman was in residence at the Hammer working on a new work. That piece, titled “Play,” will debut at the Hammer on January 8. Friedman will attend and will host a Q&A after the screening.

Next is an interview with Kelly Richardson, which was also taped this past April. At the time a mid-career survey of Richardson’s work titled “Legion” was on view at the Albright-Knox Art Gallery in Buffalo. The biggest piece in that exhibition, Richardson’s 2012 Mariner 9, is now on view at Vienna’s natural history museum. 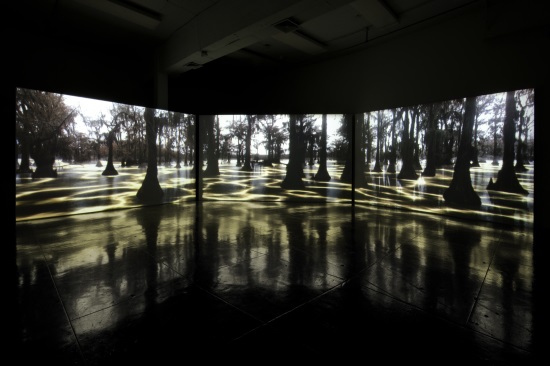